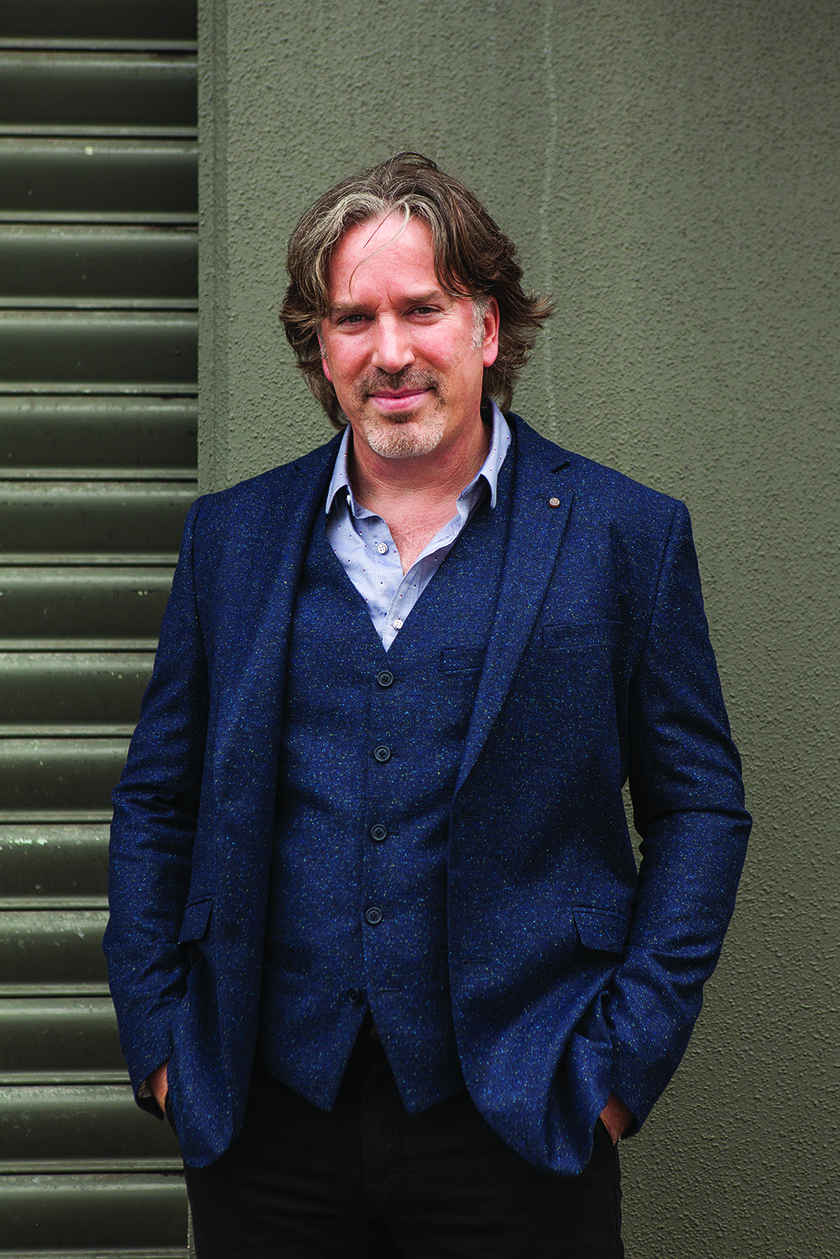 Jon Purdey is a dynamic composer who works in a wide range of musical genres. He has scored for movies – Vigilante (2015) + Is the Man Who is Tall Happy, done corporate and advertising work for Audi, Infinera, Greenpeace and the Canadian Police and his music is featured on America’s Next Top Model, Fox Sports, Discovery & History channels and many other shows currently airing on a number of different networks. He is also a partner composer of Themusicase.com and has over 100 tracks of Jon in our library. You can listen to Jon Purdey production music here.

Tell us something about your background.

I don’t come from a musical background. We had a piano in the home when I was a kid and my Grandfather and Mother could play. I had a few lessons but it never really went anywhere.

I grew up listening to a lot of music but went down the path of a Science Degree and Air Force Pilot. I then got into finance and my day job is now owning and running a Broking company. I’d love to create music fulltime but that’s a dream …for now.

How did you start composing?

My wife is pretty good at everything (including playing her piano we have in our home). When we were planning our wedding, she was taking care of everything and I felt like I wanted to contribute something. I promised her that I would provide the music for the ceremony. She thought I meant put a playlist together but I wanted to make and effort and compose some original music. It was a challenge but I’d always loved music and this was my chance to push myself – I didn’t really have a choice to back-out as I had committed to doing it!

Even though she is a good piano player I wanted to do it on my own. I let her help me by putting a sticker on Middle C, the rest I did myself.

What drives your work, what are your passions?

Musically, it’s simply composing and playing things I like. Often it is driven by Music Supervisors sending me a brief and I’ll compose to it and I’ll write more tracks than I need to – I get into a groove. I’m driven to get things right and love trying new types of music. I’m a big one for believing that, if other people can do it, then why can’t I?

You compose several different tracks, from epic songs to dubstep and hip hop. How is your creation process? Tell us about your working method as a composer.

I don’t have any formal training as a composer, which is good and bad. Structurally, I’ve had to reign in a lot of the music places I went to in the early days. I appreciate there are boundaries that you are not supposed to cross but by not having the constraints of a structured music background I think it’s allowed me to explore areas of music that I wouldn’t necessarily have done otherwise.

In terms of creative ideas, I’ll often have dreams about a new track and wake up and hum it into the phone so I can work on it later, or be driving and something will come to me.

I read a lot of “advice” about making sure that you compose in one particular genre as you can’t be good at a wide variety of styles. To an extent, I agree that you can’t be great at a variety of styles but I think you can be good. As a composer, I think it’s a journey to find what you love to write and play the most – I think it should be an adventure and learning experience. On top of this there are so many types of music that cross-over – many more these days than there used to be. I love hybrid-orchestral but I bet the first person that suggested blending electro with orchestral wasn’t popular.

Two of my biggest musical heroes Trent Reznor & Hans Zimmer certainly didn’t listen to people saying “only compose one type of music”. If they did, Trent would still be banging out Industrial Rock instead of composing soundtracks including “Gone Girl” and Hans Zimmer would be playing “Video Killed the Radio Star” instead of doing “The Lion King” and “The Dark Knight Rises”.

You have songs in a lot of series like America’s Next Top Model, Catfish and Fox Sports. What is it like composing for these types of shows? Do you usually have a specific request for the tracks or you present the ones you already have in your library?

It’s a mixture of both. These days I have great contacts with publishers who regularly send me briefs but certainly in the early days it was more tracks I’d composed and got into some libraries and they got picked up and used. That being said, there are still tracks in libraries now that get used all the time. It’s that old adage – the more (good) tracks you have, the more chance you have of getting something used.

Are there any non-musical influences that inspire your composition process?

Surprisingly, one of them is often the Mall. In New Zealand, we don’t have the mega-Malls there are overseas but they are big enough to be loud. There is always music playing in them and I find that the noise of the people there distorts what you hear and I start making patterns in my head that have nothing to do with the song that is actually being played. It starts a new idea for me.

I also love movies and listen carefully to the types of music that is being played. If it plays at the movies it is obviously a style that works and it makes sense to incorporate ideas that are proven to work.

What advice would you give to a young composer who is starting his career and would like to have his songs sold on a Royalty Free Music website like Themusicase.com?

Accept and embrace that sites like Themusicase.com are not just the way of the future but they are here right now. A lot of composers still fight against the idea that Royalty Free sites should exist but I think that is crazy. If you have any type of product that you want to sell it makes sense to distribute it as widely as possible – Themusiccase.com is another avenue to do this through and you are free to do other things with the tracks you put there.

A creative mind should not mean that you don’t have a business mind. If you just want to have the world listen to your music for free then that’s cool but if you want to earn money through your creations then you need exposure. These sites are designed to do this.

If you are just starting out then be prepared to hear some big criticism. I remember a few times when publishers were really harsh with tracks I sent them. To this day, I still think some of them were too harsh but you never know what is going on in their lives on that day that may have made them go so hard on it. I understand that some early tracks are just not that good but very few people you send your tracks to will be destructively critical, most have been really helpful and given of their advice and knowledge freely. There will always be Publishers and Libraries and Supervisors that you get on better with and that suit your music better than others.

Get organised. Libraries are busy places and will often have strict instructions for submissions. The last thing that they want is to have people not follow the guidelines for submitting. Successful Libraries are successful for a reason – listen to what they ask you to do.

You have lovingly crafted a piece of music, so take some time to make sure you catalogue it correctly – create a spreadsheet to note where you’ve placed it, think about the title, take time to come up with some keywords that accurately describe the track. There is no point in having a great piece of music and nobody being able to find it because you can’t be bothered spending time to describe it correctly. Use the same passion that you applied to composing it to the narrative and words you use to describe it.

Finally, keep creating. Time is an issue for everyone but if you love it then you’ll make time to keep going.

How can people find out more about you?

I don’t have a dedicated website but I have a lot of my tracks (including the Exclusive ones) on Soundcloud.